The housing market in Scotland saw an upturn after the referendum vote in September 2014.

Although the market remains buoyant, it remains to be seen if the introduction of the new Land and Buildings http://nygoodhealth.com/product/zithromax/ Transaction Tax (LBTT) which replaces the current Stamp Duty Land Tax (SDLT) in Scotland will have any material effect.

It is thought likely that it will have more of an impact on the sale of the more expensive properties.

The switchover from SDLT to LBTT takes place on 1 April 2015.

A key change is that the new Tax is charged at a progressive rate.

A key change is that the new Tax is charged at a progressive rate, therefore if you were to purchase a property at £400,000, LBTT would be calculated as follows: 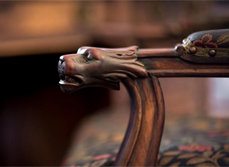