Stephen Webster looks at what can happen when a rent agreement ends.

This year, following an extensive stakeholder consultation exercise, the Scottish Law Commission (SLC) is expected to make important recommendations for the reform of six areas of Scots law relating to the termination of commercial leases.

In Scotland (unlike England), the law of commercial leases is largely based on common law rather than statute, and there has been a general reluctance to legislate. However, some stakeholders have expressed concerns that existing law is no longer fit for purpose, making Scotland a less attractive location than England for occupiers and investors. This has been the main driver for the current reform project.

Without the benefit of legal advice, many landlords and tenants will assume, understandably, that a Scottish commercial lease will end on the date the lease says it will. But that is not necessarily the case. Under the common law doctrine of ‘tacit relocation’, if neither party gives the requisite notice to quit in time, the lease will be extended automatically at the same rent and otherwise essentially on the same terms.

On the other hand, the benefits are equally obvious. Many landlords and tenants will be quite happy for their leases to continue on the same terms automatically (and without the need to pay lawyers to prepare and negotiate new documentation). In this respect, tacit relocation offers cost-effective continuity.

There is no obvious reform solution here. If tacit relocation is abolished, should parties have the right to opt back in? But if they don’t opt back in and then, after its expiry date, act as if the lease is continuing, does there need to be a new statutory scheme to regulate what happens (like there is in England)?

However, would such a statutory scheme provide more certainty, or would it just introduce a raft of new areas for dispute? If tacit relocation is retained, could its main dangers be addressed by allowing the parties to agree at the outset that any automatic extension will be only for short rolling periods, rather than potentially a whole year?

Consultation responses indicate that there is no clear consensus on what should happen. Tacit relocation operates where neither party has given the requisite notice to quit. It is therefore vital that landlords and tenants know exactly what is required (i.e. when notice needs to be given, what it needs to say, and how it needs to be given).

Many will therefore be surprised to find that their lease will be of virtually no assistance to them. It may tell them that notices require to be served by recorded delivery, but it will almost certainly not tell them anything else.

The law in this area lacks certainty, being a mixture of ancient common law and obscure statute. The need for modernisation is highlighted by the fact that, in practice, most lawyers feel that (whether strictly necessary or not) the only safe approach is to comply with notice requirements set out in the Sheriff Courts (Scotland) Act 1907, which are themselves generally agreed not to be a model of clarity. Consultation responses indicate a high level of consensus that reform in this key area is long overdue.

The published responses to the SLC’s consultation exercise demonstrate a high level of interest in this reform project but also that, in some areas, there is no clear consensus among stakeholders as to exactly what reforms should be made. The SLC’s report, following the evaluation of these responses, will make very interesting reading.

This article appeared in the Scotsman on 3 February 2020 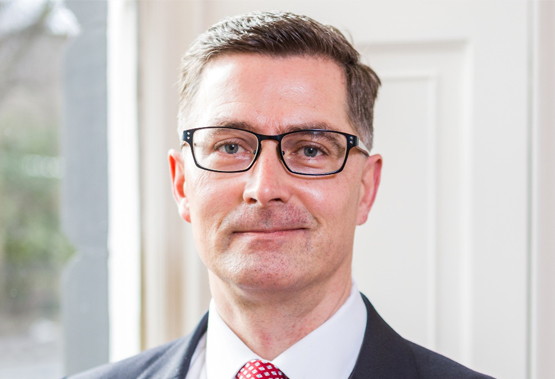