The Coronavirus (Scotland) Act 2020 came into force on 6 April 2020 (the date of Royal Assent). In relation to commercial leases, the Act gives tenants under commercial leases in Scotland additional protection from irritancy (i.e. forfeiture or termination). This protection is similar (although not identical) to the protection already given to tenants in England by the Coronavirus Act 2020 (which received Royal Assent on 25 March). The additional protection is temporary in nature – initially until 30 September 2020. However, the Scottish Ministers have power to extend the protected period as far as 30 September 2021, as well as to bring forward its expiry date.

By way of background, there is effectively no statutory or common law relief from irritancy/forfeiture of commercial leases in Scotland. Limited statutory protections apply which cannot be contracted out of. The effect of these is that (1) in the case of a monetary breach, the tenant must be given at least 14 clear days (after service of a formal warning notice) to make payment, (2) in the case of a non-monetary breach, (a) the landlord will not be entitled to terminate the lease if, in all the circumstances of the case, a fair and reasonable landlord would not do so, and (b) where the breach is capable of being remedied, the tenant must be given a reasonable period (again after service of a formal warning notice) to remedy the breach.

The Change in Law

The Scottish Act takes a very straightforward approach. It amends the existing legislation by extending the 14 day warning period to 14 weeks. The Scottish Ministers have power to change the 14 week period by secondary legislation. It is important to note that this time period only applies to monetary breaches (e.g. failure to pay rent, service charge or insurance premiums). In the case of non-monetary breaches, the law remains the same; it is the circumstances of the case that determine whether it is fair and reasonable for a landlord to terminate a commercial lease, and this provides built-in flexibility to adapt to the exceptional circumstances we currently find ourselves in. In these circumstances it is likely that there will be few cases where the impact COVID-19 will not be a significant factor. A landlord seeking to terminate a lease because of the tenant’s failure to carry out repairs when it would be illegal for the tenant to send in contractors to do the work is highly unlikely to be judged fair or reasonable.

Nevertheless, it must be borne in mind that, in relation to monetary breaches, the debt is not being extinguished; its enforcement is merely being postponed. If the tenant is given the required  14 weeks to pay, but fails to do so, the landlord is immediately entitled to terminate the lease.

Also, in relation to non-monetary breaches, a fair and reasonable landlord is entitled to look after their own interests. As Lord MacFadyen concluded in Aubrey Investments Ltd v DSC (Realisations) Ltd ([1998] ScotCS 9):-

“… the fair and reasonable landlord is not the wholly altruistic landlord who subordinates his own interests to those of the tenant. He is, rather, the landlord who is prepared to exercise his right to irritate the lease, unless it would be unfair or unreasonable of him to do so”.

It is vital for tenants to remember that, even if they may have, for the time being, more time to find the money to pay the rent, and a reasonable excuse for not carrying out non-urgent repairs, they are not being excused of their lease obligations. When we emerge from this unprecedented period, just as tenants will remember landlords who have treated them fairly, landlords will remember tenants who have continued to pay their rent when they can, engaged with them where there are genuine difficulties, and shown consideration for their interests. In this time of social distancing, constructive communication between landlords and tenants is more important than ever. 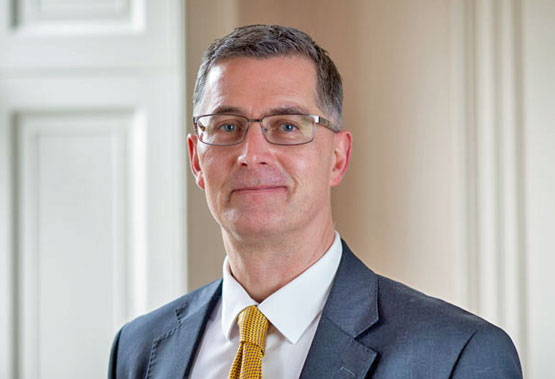